My publisher has asked us authors to write up new bios of at least 650 words. I’ve stalled at 36. I’ve been sitting on these 36 words for the past few days.  Why? Because I’m totally resistant to writing it. I have to do it but I don wanna! Right now, my resistance to doing the thing is standing in the way of actually doing the thing. So how do I get past this resistance? The absolute best way I have found is tapping also known as EFT.

Great! I have a means to get past this resistance – except that I’m resistant to actually doing that.

I call this the Chain of Resistance. Where I resist doing the thing that would help me do the thing that I’m resistant to… ad infinitum. As you can imagine, these chains can get pretty long.  For example, writing this blog is another link on the chain. The possibility of taking a break for food, another. See? 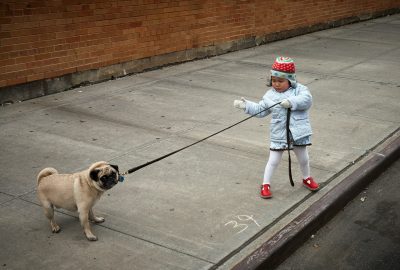 Photo by Vidar Nordli-Mathisen on Unsplash

Resistance is a tricky duck. I could ask myself why I’m so resistant – why do I not want to do this thing?

Have you ever written a personal ad? Or a cover letter? Unlike a lot of lucky folks on this planet, I completely seize up when I have to talk about myself. Some folks have absolutely no trouble talking about themselves and their accomplishments. “I remember the first time I ever stepped foot in the Congo…” I am not one of those folks.  My life is just not that interesting, and not being a fan of biographies in general, I’m of the opinion that most people’s lives are just not that interesting as well.

I remember being tasked with writing an autobiography when I was in elementary school. I wrote one maybe two sentences and got stuck:

I have to laugh when I think that I can create elaborate and interesting (to me at least) backstories for all my characters but when it comes to my life, the best I can do is: I was born, I went to school, had some sucky jobs, and now I write. The end.

I will acknowledge the ridiculousness of this situation, but we all have our peccadilloes. We all have those things that a friend would look at and say “Are you kidding me? How can you say that?” and then proceed to give countless examples as to why that statement is wrong, wrong, wrong! And that is why they are our friends.

So, in being a friend to myself, I’m going to do three things: 1. tap, 2. remind myself that my life is not as uninteresting as I think it is, and 3. write the damn bio!

In the interest of fair play – what are some of the little things that put you into resistance? How do you resolve it?

In keeping with tradition, I’ll leave you with this – I finally saw Antman the other night and it was so much fun! The story is clean and unencumbered, and the cast is delightful. I’ve never been a fan of Paul Rudd, but his role as the lead really won me over. While I only have a passing knowledge of the lore, I thought they handled it well. You know, after all the times I’ve seen the trailer, I was really tickled that that scene with the train was still funny! I was afraid I was burnt out on it, but nope. Still good. Score another point for Marvel! I believe it’s on Starz or HBO, but if you don’t have those, it’s on Amazon. Happy watching!

← Rant re: Superman v Batman Coming Darkness Character Poll - Who are you voting for? →