Coming Darkness Character Poll – Who are you voting for?

In celebration of the $0.99 promotion of the Coming Darkness e-book, I decided to do something fun. This being an election year, I asked my characters about their thoughts on the election and the candidates. More than a few of the answers surprised me! 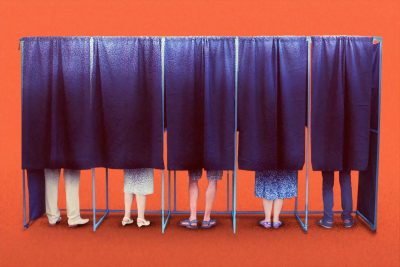 Photo by Morning Brew on Unsplash

The Coming Darkness Character Poll – Who are you voting for?

Lucifer (Archangel): I don’t pay attention to politics, I’ve seen rulers and governments come and go – it makes no difference to me. Well, except for that time my favorite bakery in London was bombed – the scones they made! Delicious! And there was that very gifted tailor in Chile who disappeared without a trace… and…ok come to think of it you do tend to inconvenience me with your political nonsense more than I’d like… Anyway, this election. Donald Trump is amusing, isn’t he? This selection process is so serious and then he comes along and, in classic buffoon style, wipes his ass with it! I don’t care who wins, but I have to say, watching this spectacle is highly entertaining. Oh, and If I were you, I wouldn’t bother asking my brothers this question as they’ll give you the same non-answer: We serve all mankind. The nature of human politics is personal and without question the domain of the human heart and mind, therefore we cannot be involved in such matters. Since it’s a sure thing, I wouldn’t waste your money betting on them telling you anything different.

Kai (Vampire, Clan Air): The ideologies at play in these elections are interesting. Luc can’t be bothered, but I like talking to Te about them. I don’t understand why there’s only two political parties though, they don’t seem to represent everything that I hear that humans want. Why are there only two parties?

Te (Demon???): I don’t care about politics, but I know Kai likes to talk about what the humans are doing and since Luc is uninterested, I indulge him. We talk about politics – or rather why humans believe what they do. Our most recent discussion was on the merits of Trump vs Sanders until Luc tossed out a hysterical Trump fact – which I won’t repeat here – and I of course had to one-up him with a Sander’s fact. We ended up comparing all the candidate’s sexual habits and that’s when Kai blew up at us. He stormed out of the room complaining that “two of the most powerful beings on the planet are incapable of having a serious discussion about anything!” He can be so sensitive.

Roberta (Human): Well, my Dad says that politicians are all crooks, so I guess I’ve carried that with me. I don’t vote regularly – I mean I vote in the Presidential elections, but the others, I don’t know, I forget. I’m definitely a Democrat – everybody in my family is one too. Yup, wouldn’t be caught dead voting Republican! I was totally in love with Bill Clinton – I voted for him twice – and I’m so happy that Hillary’s running! Because of, you know, my circumstances, I don’t think I can vote. But I’d vote for her in a heartbeat.

Michael (Archangel): We serve all mankind. The nature of human politics is personal and without question the domain of the human heart and mind, therefore we cannot be involved in such matters.

Gabriel (Archangel): We serve all mankind. The nature of human politics is personal and without question the domain of the human heart and mind, therefore we cannot be involved in such matters.

Raphael (Archangel): You know I can’t answer that, but between you and me – Go Bernie! But I’m not taking sides.

Uriel (Archangel): … *Stares at me until I finally drop my eyes and back slowly out of the room*

Stephan (Vampire, Clan Water): Are you kidding me? I don’t care who’s running. I never voted when I was human because it’s a waste of time. Voting is for people without power to make them believe they have at least some power. I know better.

Risha (Clan Matriarch, Werewolf Orion Clan): I’ll vote for anyone who cuts my taxes. Right now, that’s Republicans. The money the clan makes goes to the clan – we take care of our own. Why humans can’t understand the concept, I will never understand. They think the government should do for them – that is ridiculous! The government should provide fire control and road & bridge maintenance. Police and a military is, I suppose, a modern necessity. But that’s it. The fact that they need the government to feed and house them just proves just how inferior they are.  It is sad really, but ultimately not my problem. As far as my Presidential preference, I would have happily voted for Kasich. Trump is a closet Democrat, while what he’s doing is clever and admirable just for the sheer gall of it, I will never vote for him.

Lugan (Clan Leader, Vampire Clan Air): National elections do not concern me. I have control over my locality, that has my attention and my focus.

Gwendolyn (Clan Matriarch, Werewolf Celesta Clan): There is a war brewing and you ask me about something as inconsequential as a presidential election? Are you mad? I will tell you this, no matter who wins, I will win.

Mathias (Clan Alpha, Werewolf Arya Clan): I like Trump. He’ll be strong and not show weakness. So many human males are weak, maybe Trump can teach them.  I would vote for him if I could.

Yes, I was definitely surprised at a few of these – only one Clinton and Bernie fan each. Who are you people and why are you in my head?

I’m curious, do you have characters whose political opinions have surprised you? Please let me know, I’d love to hear about it.