Everything and the Kitchen Sink

It’s about this time when I have no frelling idea what happens next – and neither does my muse. In fact, she’s pretty much fed up and gone home, telling me to burn her number while slamming the door in an exhausted huff.  Not that I blame her.  I’m the one who signed up for this madness, not her. 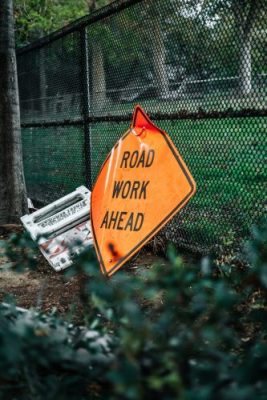 Photo by Tyler Nix on Unsplash

The thirty thousand/hundred-page wall isn’t specific to NaNoWriMo, in fact, it’s an obstacle all novelists face at some point.  What we have to do is blast our way through.  I’d like to say that especially during NaNoWriMo it’s important to launch a grenade at that sucker and tromp all over the rubble – but I think that’s true in any circumstance.   This is not the time for finesse, for craft – make it pretty later.  Now it’s kitchen sink time – as in it’s time to add everything and the kitchen sink. Throw in the aliens or long-lost-cousin’s-brother.  Blow up the world. Whatever. Do what you have to do to keep going.  Whether it makes it into the final draft is not particularly important or relevant right now.  Now it’s about finishing.  Make it glorious!

To illustrate my case, having been left to my own devices by a muse that will not return my calls, I ended up with a scene I had thought about but figured would be included in another book or novella in the series.  That scene was Lucifer and Kai’s first meeting.  As it happens, Kai is on his deathbed caught up in the memories of the past, specifically his first meeting with Lucifer.  It was actually kind of sweet – Lucifer was quite solicitous and romantic even (I’m not quite sure why, but I have an idea. Maybe).  It could have had a lot to do with the fact that I had just watched A Different Town, by Steve Carlson.  (My muse had hit the bricks and apparently Steve was kind enough to step in – thanks Steve!)  Anyway, that scene and the subsequent direction the manuscript has taken would not have been possible without my slamming headfirst into the wall.

This is me, not complaining.  Off to the finish line!

I’ll leave you with the trailer for A Different Town.  Until next time, happy writing!