I’m usually not a fan of the Holidays but this year seems to be different. Today I was thinking about where I am as a writer and what I’m grateful for, and you know, while the list isn’t especially long, it’s pretty significant.

I had been toying with creating an “outtake” section of my website where I could post sections of each novel that didn’t make it into the final product. Ever since Coming Darkness was published I’ve been talking about making the former first chapter the first entry in that section. I went back and read it today and I’ve been struck by a few things: 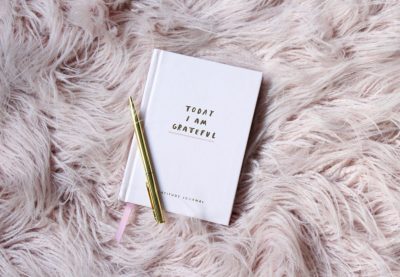 Photo by Gabrielle Henderson on Unsplash

The first is how incredibly grateful I am to have this journey. I watched that first chapter grow from a storified version of a dream to a novel. More than anything else, it was the seed from which my life as a writer grew. It has been rewritten many, many times as the novel began to take shape, but ultimately I had to leave it behind because the novel outgrew it. I am still a little sad though that you don’t get to see Kai and Lucifer together in the book, even though the events are informed by their relationship. However, I remain tickled and pleased that so much grew out of those 5k+ words!

The second is that I can see how my writing style evolved. Sure, I’ve read about how your writing changes (hopefully for the better) the more you do it, but I was skeptical. I was skeptical because the closer you are to a thing, the more you don’t see subtle changes. So to go back after almost a year and a half to read that chapter, I was really surprised. I don’t think it’s awful, but I do notice the points of departure. I notice the threads that grew into things and the ones that died off. I notice my authentic style in some parts (which were, and still are, my favorites), and how forced it felt when it wasn’t there. As it is, it’s very raw and full of potential and it thrills me to know that I have markers – that each published piece marks a moment in time in my writing.

The third is the changes in canon. All the characters in that chapter are reflections of what they eventually became. Everybody got deeper, and fuller in the final manuscript and that surprised me. I hadn’t realized how insubstantial they were beyond certain highlights. I realize that this hindsight could be due more to having lived with them so intimately for so long – a grain of salt might be due.

My conclusion is that an ‘outtake’ section may be premature, but the process of coming to that conclusion has been worth every insight.

Other things of note:

After being published this year, Coming Darkness had it’s best selling month so far in August. Why August? No idea, but it made me happy all the same! Huge thanks to all who have bought my little book and to all who will buy it in the future.

This morning in the shower, I finally had a breakthrough in the follow-up book, tentatively titled “Dreaming in Shadow”. I was having trouble getting to C from A. Yeah I knew a B was in order, but I couldn’t decide what that was, until this morning. It meant making one little, but significant, change which hadn’t occurred to me, but totally works. *fist pump*

In short, the things to be grateful for this Thanksgiving are the things that make me the happiest. What’s made you happy this year?

As usual, I’ll leave you with a movie. I finally saw The Boy and I loved, loved, loved it! It started out as a horror movie about a nanny hired to babysit a doll and turned into something meatier and oh so very satisfying. If I talk about it more, spoilers will ensue and I HATE spoilers. I loved it so much, it’s going into my Blu-Ray collection.

It may be on Netflix, but it is definitely on Amazon, and you can watch it here: The Boy (2016)