That moment you realize that what you wrote in book 1 of your series is canon. ?

I know it sounds silly, but this realization was pretty huge. I was just starting to seriously think about the next book, and where the characters will go – and it hit me. I have constraints now! Sure, I can fine-tune, but what’s done is done. I created a world. A world with its own rules, and history, and…and…for better or worse, I’m stuck with it. There were times that I chided myself for being so detailed – especially when most of it would never end up in a book. But in the end, I needed my world to make sense (even if it was just to me). It had to hold up, and it had to work.

How exciting is that? Hella, actually. 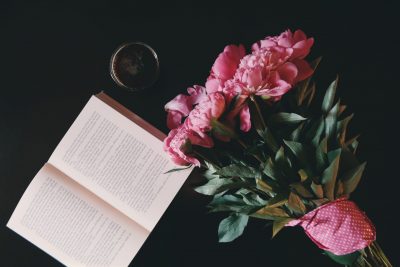 Photo by Brigitte Tohm on Unsplash

So, since it’s been on my mind, I figure I’ll start a continuing series that talks a little about my canon and why I did the things the way I did.

I absolutely hate spoilers, so I will not intentionally include any without fair warning. But it occurs to me that just talking about canon could be spoilery in and of itself. If you want to know NOTHING before you start reading, STOP NOW.

Although we learn it fairly late in CD, the vampires in my world are not undead. However, they didn’t start out that way. From the very beginning, they were undead, just as we know them. But as my world grew and took shape, I realized that having them be animated dead folk just didn’t work. It didn’t work because their existence didn’t make sense. Without going too deep down the rabbit hole that is my brain, it basically came down to the angels. Since they were culling the more powerful other-kin anyway, there is not a chance in all of creation that they would have let the abomination of walking dead exist. Walking dead that could reproduce themselves. Oh hell no. That would definitely be where they drew the line. By extension, my world will never include zombies and necromancy.

Can I just say that I love my werewolves? I’m hoping a story idea comes to me because I’d love to give them their own book(s)!

In general, I don’t like werewolves, and I’m not sure why. Maybe it’s because they’re a symbol of toxic masculinity – all that alpha/beta stuff. I don’t know. So when it came to the weres, I was reluctant. But then, as I was writing the first draft of the scene between Kai and Risha, I wrote according to the Matriarchal rules of werewolf society… and WHAM! Without any planning or forethought, I had my solution and I fell in love. Now they have a culture, a language, a spiritual tradition – all from that one defining feature. Cool? Damn, skippy.

What do I call the angels that haven’t “Fallen”? “Regular”? LOL Sure, why not.

The “regular” angels are those that have tried to do their Father’s bidding despite the hinky circumstances. They would define themselves by what they’re not. Although they have all the requisite parts, they don’t engage in sex or indulge in any physical pleasure. They believe it’s not their place and it’s a matter of pride to remain unmoved. (Yes, they have pride. Why do you think Uriel is such a stick-in-the-mud?) It’s challenging to have the level of empathy that they do but to also keep their distance. They understand that the world is not theirs, and such things are not for them. They see their job as helping humans the best way that they can, and due to circumstances, that help can vary from total non-interference to “divine” intervention.

As part of my long-standing tradition, I’m closing with a recommendation. This time it’s for Black Mirror on Netflix. I truly believe that this is the only show in the last fifty years that can claim the legacy of the original Twilight Zone and Outer Limits. Like the Twilight Zone, it twists the cultural landscape enough to make it not only thought-provoking but terrifying. Like the Outer Limits, it takes a cultural fear (in the case of the Outer Limits it was aliens), for us it’s the unknown limits of technology and takes it to truly frightening heights. If this is your thing, watch it – watch it now!