I don’t know if it’s actually a thing – but I have it.

Manuscript Fatigue – as in oh-my-god-please-dont-make-me-read-my-manuscript-ONE-MORE-TIME.

It’s not that I don’t like it – on the contrary, I love it and my writing in general. I am my best audience.

This round of revisions was really hard. 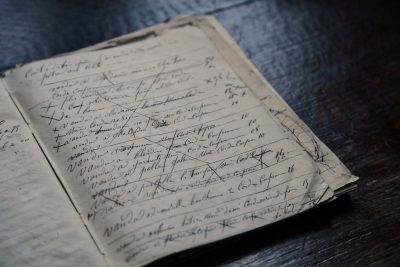 Photo by Dimitri Houtteman on Unsplash

Writing the new parts was fun, fixing old parts to fit the new parts was fun. Getting through the parts that didn’t change was kinda tough. I found myself zoning out and wanting to be DONE ALREADY, but I needed to read them to make sure everything flowed and fit together, to make sure I didn’t forget anything. I did of course (forget something) and sent it on to my beta only to realize that after I sent it.  I think that was to be expected as part of the fatigue. It would be nice if I didn’t have to read it again for like six months!  At this point it’s hard to tell if it makes sense, if there is a structure and flow. It’s like reading the same word over and over until you’re not even sure it’s spelled correctly. I am grateful for the learning process though – it is definitely one of those things that you learn by doing.

Anyway, I do like this version better, pleased with all of the changes – especially those to the beginning and the end. I think it’ll make the lead-in to the next book clearer. I think this version stands alone better than the last one did. At least I hope it does – what do I know? (Ha!)

Thinking ahead, I’d like to start piecing together the next book, but I’ve also been kicking around the idea of writing some erotica. I don’t know. The problem there is hanging it on a story that interests me. If I do write erotica it will be under a pseudonym, no holds barred, whatever I want without thought to the market or to taste. I’ll throw it straight on Smashwords and that will be that. Nothing serious. I like the idea of publishing as someone else, completely without consequence. I’ll think on it some more. See what bubbles up.

In the meantime, with an eye looking forward I’ll revise my query letter and gather groups of agents to sent to. Fingers crossed that the time to start seriously querying has come!

I’ll leave you with a movie I revisited this weekend: The House That Dripped Blood (1971) with Christopher Lee, and Peter Cushing. The horror movies I love most are anthologies – don’t know why. Hang a bunch of vignettes around a good story and I’ll come back to it again, and again. This movie is no different!