I hadn’t intended for it to be two months since my last post, but there you go. So much has happened that kept me from not only posting, but writing as well: My dad had yet another back surgery (he’s fine), the holidays (which were easier to deal with this year, but still distracting), my computer dying (logic board went kaput) – so many hurdles, each one slowing my momentum until I finally stopped. 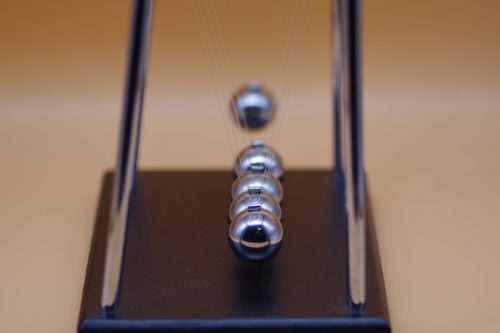 Photo by Nadir sYzYgY on Unsplash

At some point, that movie veered so far away from true that it just couldn’t be saved. Looking at the f/x, you can tell they had a lot of money to spend, so money wasn’t the issue. The talent was decent. The story wasn’t half bad, even though it felt unpolished. So what happened? Makes me wonder if someone(s) realized it was really bad, but also knew it was beyond fixing and the only recourse was to keep going because there is such thing as a point-of-no-return. When was the momentum so great and so fixed that following it to the end was inevitable?

The momentum I gained from nanowrimo was so exciting. I was riding high on my story, and roaring toward the finish line. The momentum felt real and permanent and indestructible. But, it hadn’t reached the point-of-no-return. If it had, the aforementioned speed bumps would not have made the slightest bit of difference. I didn’t know that. How do you know?

The moral of the story? Guard your momentum as if your life depends on it. Because your creative life – the life that gives meaning to everything else – totally does.

___________
Update 1: The first step in getting the momentum back is sitting down to write. So after I hit “post” I prepared to do just that. While my computer was dead, I used Dropbox to work on my novel on other computers. When I got a new computer, I transferred my files from my old one to the new one – that included the ‘old’ dropbox folder. All the old files replaced the ‘new’ ones in the cloud. All the work I had done is now gone. I am now apparently speeding down the momentum highway called “Just Fucking Quit.”

Update 2: Panic & desperation caused me to explore and try the untried. Dropbox has a section called “Events”. In that section are all the files that changed, going back about a month or so. To my greatest relief and undying gratitude, I retrieved my files from there. Thus begins the upswing! Woot!