Reflections on My First Writer’s Conference

I attended my first writer’s conference this past weekend – yay! I’m glad that I chose a small, regional conference to be my first, it was a lot easier for my introverted self to commit to being among a hundred strangers than a few hundred or more. The venue was nice, the rooms were reasonable, and the food was about what you’d expect. Although I still can’t wrap my head around how the kitchen/caterers managed to mess up chicken salad. (I’m not the best cook, my chicken salad is pretty much chicken and mayo, but somehow still better than the stuff they served. ?)

Anyhoo, I met (and got to know better) a couple of awesome ladies who live in my area. One of whom was as equally pissed off by the ending of the movie Boxing Helena as I was. The fact that it even came up was pure serendipity.  In the twenty-some-odd years since that abomination’s release, I don’t think I’ve met anyone as incensed about that ending as I am. We bonded over our outrage. It. Was. Awesome. 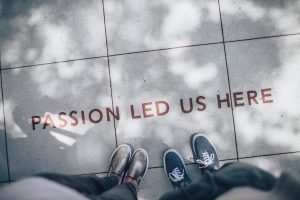 Photo by Ian Schneider on Unsplash

The books I ordered to sell never got to me in time, and I was a bit bummed about that. When they finally arrive, maybe I’ll have a sale? Or something.

Next time I think I’ll take more workshops outside of my standard interests. Experiment more. I mention that because I almost didn’t take a workshop on research, but I took it anyway and learned about research avenues I hadn’t thought of before. I want more experiences like that.

I picked up a fascinating memoir, and came to the conclusion that I’m quite probably reading the wrong things. I like Sci-fi, horror, and fantasy and tend to read strictly in those genres, but I have little interest in them when I’m writing. So what ends up happening is that I either read very little or not at all. I think if I read more “literary” and “upmarket” fiction during these times, it may be more satisfying. I used to read a wider variety of things, and going back to broadening my scope may be the answer. To the library! Ho!

I put my foot in my mouth at least once. Note to self: Keep your opinions to yourself! (At least until you find out how influential the person you’re speaking to is or is not.) Live and learn, baby, live and learn.

I had my writing panned because I use adverbs ?. This may one day be a separate blog entry, because yeah, I use adverbs. I don’t use them lot, and I don’t use them in dialogue tags, but sometimes all I want you to know is that so-and-so moved quickly. That’s it, I don’t give a rat’s ass how they moved, and I certainly don’t care enough to write an entire sentence in order to paint that picture. It’s a stage direction, and I don’t see anything wrong with that. Yes, I was annoyed. I am less so now. I had forgotten that these things have a literary focus. In literature, one does not use adverbs, or one is considered an unlearned, unprofessional, and barely literate hack ?!

Since I mentioned it, I could leave you with the trailer for “Boxing Helena”, but yeah, I’m not doing that. Instead, in honor of Halloween, I’m dragging out an old favorite: Willard. The first of the “killer rat” movies—the second was Ben. Unless you hate rats, it’s not as scary as it was back in the day, but Willard’s poor, milk-sop character still tugs at my heart, and revenge is sweet when it’s served by rat! I have adored Bruce Davison for decades and he just shines here.

← The Story Within My "Spidey" Sense Was Tingling! →