Although I have not published my novel yet, I have made the decision to never read reviews. It’s not because people can be mean assholes who hide behind anonymity on the Internet, although that’s certainly true. It’s because I fall into judgment of myself when people don’t get what I’m trying to do. 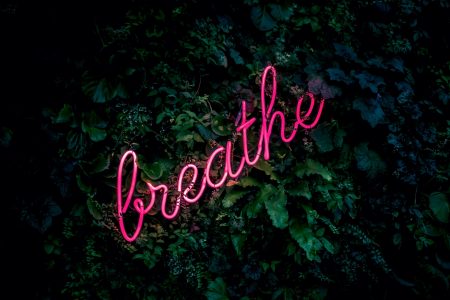 Photo by Fabian Møller on Unsplash

For example, there are various places on the net to post your work so you can get feedback – I posted my first chapter on such a site. First of all, I didn’t get much feedback because the chapter was 5000 words (which made me want to pound my head on the floor for even paying to post it in the first place, but whatever). Three reviews trickled in over the course of four months – and they let me know how bothersome reading 5k words was, you betcha!

Overall the reviews told me I used too many “big words”, and that 5000 words is a long time to go before the plot shows up. They also told me there was skimming going on when I was asked why something happened that I didn’t talk about earlier, when I actually mentioned it earlier. Another thing they told me is that people, at least these people, needed me to walk them through stuff. I read writing advice all the time that says, “Trust your reader.” “Your reader isn’t stupid, they don’t need handholding.” Those reviews kinda call bullshit on that advice. (Do I really have to explain that an Archangel can kill a vampire regardless of the weapon they use?  Really? If I do then you won’t be happy if you read anything I do.)

I don’t want to handhold. Is reading that 5k introduction such a chore? I always thought you needed a foundation. In this case, these characters are ancient, and this is how they spend their time, this is who they are. Do I have to say “I’ve started the book here because I wanted to give you a look into their lives because once shit starts, they will never be the same again”? Do I really have to do that? Is that little snippet of their lives – a mere fraction of the actual book – that boring? Is my writing that crappy, that that short journey isn’t enjoyable in itself?  I’m gonna say “no” which may be hubris, but so what.

I love the story, and I love writing it (most days). Reviews only make me see how somebody else would do it. (Somebody equally as unpublished, by the way.) They make me question not so much my ability, but the fact that I even dare to write something that they think should be written totally differently. They also remind me how much movies have influenced the written word.  But the movie is the Cliff Notes version and sometimes I feel that people would actually prefer the Cliff Notes because otherwise, it’s just too damn long.  Whatever the case, I don’t need that kind of stress. I can beat myself into a bloody pulp without help thank-you-very-much.

But what about the “good” reviews? While they may validate me, they will exist for other people. If another person reads a good review and decides to read the book because of it – excellent! That helps me even more than the validation.

In the end, I’m writing a story that I know other people will enjoy – there are 7 billion people on the planet after all – there will be people who get it.  I will have an audience, and I’ll write for myself and for them.  The good and bad reviews will accumulate, regardless of whether I read them or not – and not reading either will be a very, very good thing to do for my mental health.