My “Spidey” Sense Was Tingling!

Yesterday I had a thought.

That thought was “The book is done.” While obviously a random delusion, I thought about it some more and realized it was true! Dreaming in Shadow was done and I hadn’t noticed! 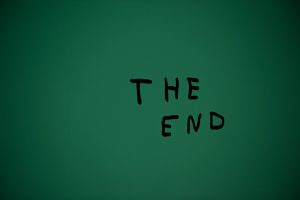 Photo by Alex on Unsplash

How does that even happen? The short and sweet of it is—I had The Vision! (Feel free to laugh, I won’t be offended.) The Vision was that I was going to wrap up the story I started in Coming Darkness in ONE more book. And then do one-shots within the universe. As the book grew, and grew, and GREW, I never bothered to question the wisdom of The Vision. I don’t outline, and I doubt that would have helped if I did. The book would still be a behemoth. It was The Vision that was the problem. I am an artiste after all ?!

I should point out here that writing this book has cultivated miraculous moments of clarity in my process. The first time a scene inspired dread and a general sense of I-don-wanna, it occurred to me that I was having those feelings for a reason. The fact that each word felt like it was being chiseled from concrete meant that there was a problem.  Despite annoyances that are inherent in anything, writing is a joyous process for me. When dread replaces joy, I need to pay attention. In one case, I cut a scene and the dread went away. Why? I didn’t need that scene in this book. It may be part of the story, and I want to tell it, I just don’t need to tell it now.

So now I got this “spidey” sense, right?

On Saturday I’m talking about the book and how oh-my-god-it’s-endless and talking about it just feels awful. Spidey sense is tingling. I ignore it.

Which brings us to yesterday.  Out of the blue—no doubt thanks to my subconscious working overtime—I get the thought that the book is done. I tossed the thought around a bit, kinda nervous. Really? Am I done? And I realized some things: 1. Not only did it feel FABULOUS, but more importantly, it felt true. 2. If I break this book in half, the arc of the story remains intact. Readers may be pissed because I promised to answer all the questions—I’M SORRY—but it was just too long, and I think, too much to ask of a reader. It works as a middle piece. I can still add things, and wrap things up, but essentially it’s done.

I feel both elated and relieved. Like I was cruising along a highway and I passed my exit but it’s cool because after eight hours of driving, I’ve arrived! Awesome. I get to take a Christmas vacation after all. ?

So, what’s next? I think I can tie off the ends and round things out with another 10k give or take. Then I get to read Coming Darkness again because there’s some canon I just don’t remember and I want to make sure it flows. Then some edits—I could bitch about how hypersensitive to adverbs I’ve become, but I will spare us both. Then maybe feedback from beta readers, some professional editing… All in all I may have a new release by March? April? Sweet!

I know I usually sign-off with a movie, but today I think I’ll do it with a little celebration! Kool & the Gang kicking off the dance party with Ladies Night!