Thinking the Thoughts at 4 am

It’s 3 am and thanks to an incident with the cat and a HUGE glass of water, I’m wide awake. 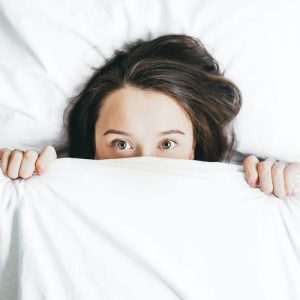 Photo by Alexandra Gorn on Unsplash

“We Built This City” by Jefferson Starship has been in my head since yesterday and I’m sick of it. I heard it yesterday morning on the way to get coffee and at first I was like “cool”. I hadn’t heard it in ages and so it was nostalgic to hear it again. It’s still a horrible song, but it doesn’t grate on my ear like it used to.

This is the Starship I grew up with, “Jane” is still one of my favorite songs:

But by the late 80’s, they had turned into this:

I don’t think I ever quite forgave Grace Slick for that one. She was counterculture with a capital “C” and that song was well, you heard it.

There’s a commercial all over the TV right now, I forget what product it’s shilling, but the theme song is “Compromise“. Every time I see that commercial, I wonder about it. I guess that’s the middle-aged adult talking. The woman that has lived long enough to learn how to “never say never”. 20-30 years ago, life was simple and “never” was an easy word to throw around. Life should be simpler when you’re young. By the time I hit the soggy middle, life had thrown me around a bit, left its dings. Things that I had been passionate about a few decades ago, morphed into new things.

Thinking the thoughts at 4 am.

I guess my point is, it’s easy to paint ourselves into a corner and not leave a way out. Life is fluid, weird, and sometimes we make choices that leave us giddy, and other times we make choices we’d never want to talk about again. That’s just the way it is. Change or compromise, “never say never”. I’m going to bed.

I’ll leave you with more Grace Slick and the Jefferson Airplane. “White Rabbit”:

← My "Spidey" Sense Was Tingling! Coming Darkness Blog Tour March 26-April 1, 2018 →
I use cookies to ensure that you have the best experience on my website. If you wish, you may opt out. You can read about my cookie policy here.OkNo
You can revoke your consent any time using the Revoke consent button.Revoke cookies